Horse Chesnut:
also known as Aesculus Hippocastanum, is an herbal medicine which is prescribed for treatments to improve the aesthetic appearance of the varicose veins, since it is highly effective in alleviating the chronic venous stasis, edemas on the legs and the swelling or inflammation of the joints, tendons and muscles. It also reduces the capillary permeability.

Butcher´s Broom (Ruscus Aculeatus):
It has a Mediterranean origin and it grows from 0 to 1000 meters in height in all parts of central and southern Europe (British Islands, North Africa and Asia). Their roots cause the contraction of blood vessels, increase the strength of veins and help to reduce inflammation. Currently, the extract obtained from its roots is used to treat problems caused by poor circulation, such as the varicose veins and hemorrhoids.

Hesperidin:
It can improve the health of the capillaries and the thin connective tissues. Consequently, it is used to alleviate the effects of contusions, varicose veins and fragile capillaries.

Rosemary Extract (Rosmarinus Officinali):
Rosemary leaves are mostly used, and sometimes its flowers. This plant is rich in active ingredients. Rosemary alcohol is prepared with the essential oil which is extracted directly from its leaves, and it is used to prevent ulcers. Rosemary is used to treat several ills such as rheumatism and lumbago, and thanks to its antiseptic properties, it can be applied by decoction to cicatrize sores and wounds. Moreover, it checks the spread of intestinal spasms and invigorates blood circulation.

Pine Bark Extract (Pinus Maritima):
Leucocianidol has antihemorragic and P-vitamin properties, thus it increases capillary resistance and it controls permeability. It is recommended for varicose veins, hemorrhoids and capillary fragilityr.

Bioperine:
is a standardized extract of piperine, the main alkaloid of black pepper, being an extremely pure and safe of the latter. It is obtained from plants grown in the humid regions that are rich in Nigrum L. (black pepper). Its scientific name is Piper Nigrum and it belongs to the family of the Piperaceae. It’s a tropical plant native of India and Java. It was introduced by Alexander The Great. Legend has it that Eudoxo of Cicico was the first European to bring pepper to Europe, among other spices. It was such a rare and expensive product that it was used as a currency during the middle age. Its high value was one of the reasons why the Portuguese started searching for routes in the islands of the spices in the East around Africa. Biopeperine is a new, revolutionary, and patented ingredient that significantly improves the absorption of the rest of the ingredients by our body, facilitating its assimilation while speeding and improving the results in an extraordinary way.

The payment methods we offer are 100% safe.
Read more

Test your purchase for 60 days and we guarantee a refund of the product if you’re not satisfied.
Read more

All our products are endorsed by expert medical testimonies.
Read more 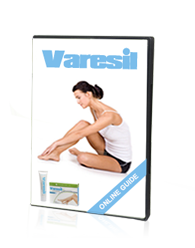 We give you a complete e-book with the best tips to learn how to prevent and combat varicose veins.
Read more

HOW TO SELL OUR PRODUCTS?